Physical inactivity is a major risk factor for the development of poor health in later life and active travel is one way to improve levels of physical activity. 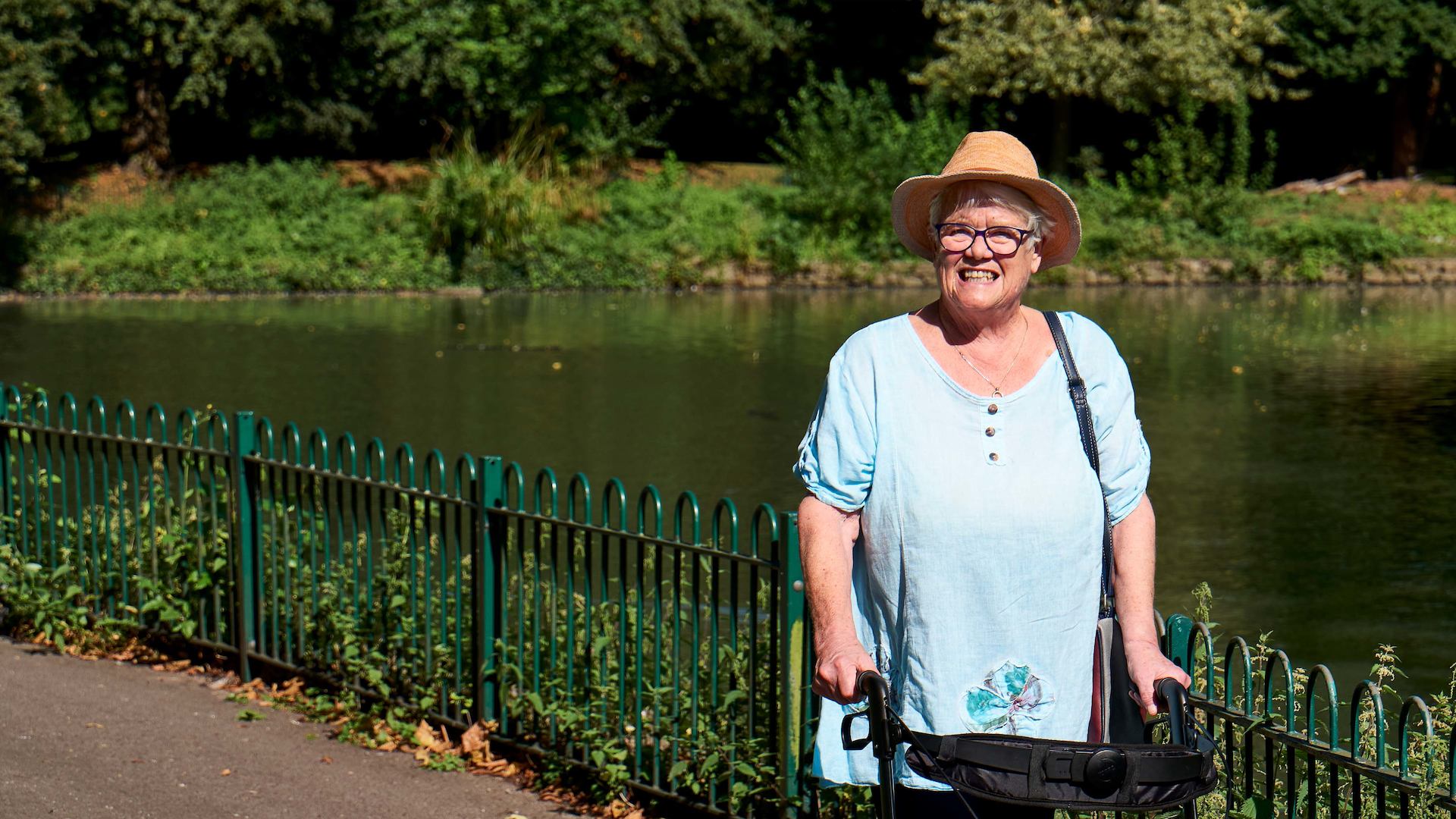 In this guest blog Nick Cavill, from Cavill Associates and the School of Policy Studies, University of Bristol, brings together the findings of our recent research projects – on physical inactivity and active travel – both of which he was involved in.

We are all ‘ageing’ – every second of every day. But when are we ‘old’?  I remember when the World Health Organization (WHO) defined older people as those aged 50 plus. This seemed right to the younger me at the time. But now I have (well and truly) passed that milestone it doesn’t seem right at all. Isn’t 60 the new 50?  The WHO agrees, now referring to people aged 60 plus when discussing ageing and health.  And analysis of remaining life expectancy by the Office for National Statistics led them to conclude that 70 is the new 65.

The Centre for Ageing Better recognises that ageing should be viewed as a process, rather than a number and – as their name suggests – they explore ways that public policy and practice can help people to age better. With this aim in mind, they have recently completed two connected research projects (one on physical inactivity, 'Keep on moving', and one on active travel, 'Best foot forward') that took a completely new approach to health and ageing. Rather than asking older people (however defined) about their experiences of ageing, they focused on people 10-20 years younger. This was based on the premise that research with people approaching later life might provide insights into how to help people age better: perhaps through preparing for an active retirement, or re-invigorating old activity habits.

The focus of this research was physical activity in its broadest sense – not just sport and exercise but any sort of healthy movement because we know that physical inactivity is one of the most important risk factors for poor health in later life. Importantly, this included active travel – walking and cycling as transport – as this can be a major source of physical activity for many people.  Ageing Better commissioned these as separate projects: the physical activity project was conducted by a team from the University of Bristol, the active travel by Sustrans. This was based on the thinking that there are many influences on walking and cycling that are specifically transport-related and that required detailed investigation rather than being absorbed into the broader issue of all types of physical activity. So now each project has reported, was this the right approach?  Did the two projects find many similarities across their two samples?

There is clearly no ‘one-size fits all’ solution when it comes to physical activity or active travel, as these have to fit into people’s real lives.

Both projects talked to a broad range of research participants and found a rich and diverse set of experiences, cultures and histories.  There is clearly no ‘one-size fits all’ solution when it comes to physical activity or active travel, as these have to fit into people’s real lives. The research transcripts revealed many stories of how people managed to fit activity and active travel into their busy lives, and also of how they faced significant challenges. Both projects heard people report that these patterns had changed significantly over the course of their lives, with people typically being more active and sporty – and having a greater tendency to travel by foot and on two wheels – when they were younger. Real-life changes often got in the way: both projects said life stage changes such as having children were significant, while the active travel project found buying one’s first car was the main factor that led to a drop in active travel. And both found that retirement was a period of life in which many people became more physically active.

There was common ground when it came to the factors that might motivate people to become more active. Both projects found that people enjoyed being out of doors, exploring nature or the local community and environment, and this often helped to get them out of the house. And both projects reported that health, fitness and well-being were seen as clear benefits, with the physical activity project exploring in some depth how people hoped keeping active would enhance their ability to live independent lives and not ‘end up’ being disabled or reliant on others.

The most revealing differences between the two projects came in the sections exploring the barriers to activity and active travel. While they both found that there many psychological or social barriers to being active (with some people in the physical activity research simply declaring themselves ‘not the sporty type’) the active travel research identified specific physical barriers to active travel. Most notably, many people reported that they could not walk or cycle for transport as the distances to destinations were too far and many would not consider cycling as the roads were not safe and cycling paths inadequate. But it also seems that these issues were bound up in deeper cultural belief systems about the importance of the car – some people even said they didn’t want to be seen walking as people would assume they couldn’t afford a car.

Both research reports have revealed many fascinating insights into the lives of people approaching later life. They provide Ageing Better as well as policymakers and stakeholders with some great avenues for further exploration, particularly the core notion that mid-life and preparation for retirement is a time of change, when people might be encouraged to shift from the habits developed over a lifetime and embrace healthy ageing.

How can we develop a national post-pandemic resilience programme?
Event
‘Pushing at an open door’: Taking advantage of the shifts in active travel during the pandemic
Blog
How can we help people stay active in later life?
Blog