How innovation can facilitate a better quality of life

The Rayne Foundation, The Tudor Trust, The Dulverton Trust and The John Ellerman Foundation have been collaborating to create scalable and sustainable ways of improving the lives of those in later life. 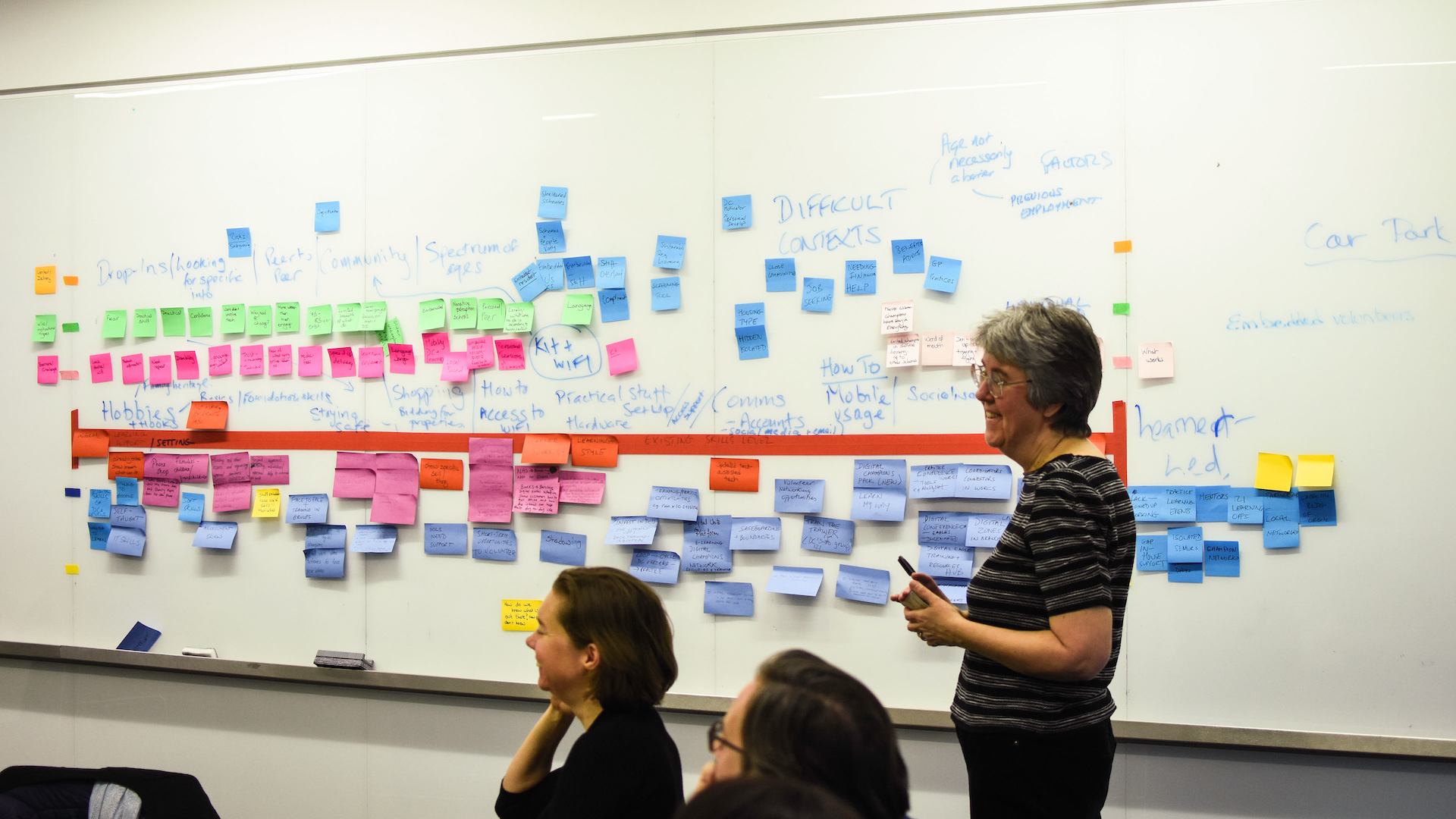 In this blog, Susan O’Sullivan, The Rayne Foundation, Joanna de Havilland, The Tudor Trust, Anna de Pulford, The Dulverton Trust, and Dorothée Irving, The John Ellerman Foundation discuss how innovation is all about facilitating a better quality of life.

Our four grant-making foundations have long been interested in supporting later life. Like many, we have generally favoured funding projects with direct, tangible benefits for users. We have funded many developments that deserve celebration and have worked with many inspiring individuals who are responding creatively to the needs and desires of the older population.

However, we were receiving too many of the same types of applications from the same organisations, which suggested civil society was being slow to respond to the changing needs of our ageing population. We struggled to identify many leaders who were ambitious for improving later life. The voices of a diverse cross-section of older people was even harder to find. There appeared to be some lack of forward thinking and ambition, which was limiting, and in stark contrast to other areas of civil society.

We have established a collaboration between our four foundations and Social Finance, with whom we are in the early stages of developing two concepts that we hope have potential to be scalable and sustainable ways of improving quality of life for older people. Together, we wish to reinvigorate a sense of possibility and ambition for new ways to support older people and the ageing process, and to invite other funders to join us on this journey.

Being part of this process has challenged us to think about how and when we fund if we wish to bring about systemic change; it has reminded us of the value of being opportunistic and linking our funding to the wider policy context.

What do we mean by quality of life?

Through our work with Social Finance, we have explored the factors which contribute to quality of life – many of these relate to basic needs, such as having a comfortable home and feeling safe. Two in particular struck a chord with our group: having agency and a sense of purpose. We asked ourselves how, as a society, we can retain our sense of control and our sense of purpose when making some of the difficult transitions into later life, such as leaving a job due to caring responsibilities, ill-health, bereavement, or moving into residential care? Are there things that we can do to prepare ourselves before these changes ‘happen’ to us and what role do grant-makers have in supporting this? For our work with Social Finance, we agreed that these elements should be implicit in the models that we developed, rather than standalone pieces of work.

Is there an older people’s sector and does it matter?

Most of the people we know to be ‘older’ don’t think of themselves as old at all. They do not define themselves by their age and instead focus on their interests and connections. It is only when illness or frailty affect their lives that this changes and they might make contact with the organisations that we traditionally associate with later life. We asked ourselves if this difficulty in facing up to some of the challenges as we age is one of the reasons that we struggle to see a vibrant ‘sector’ for later life. In fact, we have learned that there is much more innovation relating to later life than was obvious to us at the outset and much of this is happening in sectors other than the traditional older people’s sector. One such example is the Design Council’s Transform Ageing programme.

The number of older workers on employment benefits has increased since lockdown and the future jobs market for this age group is uncertain.

Why the focus on transport?

One of the models in development with Social Finance focuses on transport as an enabler to having a better of quality of life. It is fair to say that when we started this process, we did not expect this to be the outcome. We had mixed experiences of funding transport activities and it was challenging to consider how charitable funding might add value to publicly funded or commercially viable transport services.

Nonetheless, we were struck by the intrinsic value of being able to make a journey independently. Many of the services funded by public and voluntary agencies for older people have a functional purpose, such as taking someone to a hospital appointment or food shopping. But we recognised that travelling can, in itself, bring joy and an opportunity to connect with others. As one person said in the consultation, ‘you can’t ask someone just to take you for a drive’. We have also been able to accept that while we want older people to be at the heart of the work we are developing, for it to work most efficiently, it must be open to the wider community.

Coronavirus and the wider funding landscape: has anything changed?

In many places, the coronavirus pandemic has presented an opportunity for people to reconnect with their families, local communities and to support their more vulnerable neighbours. At the same time, many older people have been unable to continue volunteering due to being at higher risk from the virus. The number of older workers on employment benefits has increased since lockdown and the future jobs market for this age group is uncertain. The weaknesses of our social care system have been laid bare for all to see. How should we respond to this challenge while making sure we look to the future as well as the immediate need?

While this article has focused on the specific experience of funders, we think the mechanism of collaboration with expert support is widely applicable, especially in the current context of uncertainty. It has been the trigger to come away from our ‘business-as-usual’ and look at the specific issues. It has enabled us to see our own funding strategies as interdependent. In particular, it has been a way to incorporate expertise and experience into design. The work is ongoing and the end product uncertain, but we have all learnt so much from making this journey together – the onus on us now is to put this learning into practice so that we do more than simply enjoy the view…!

Innovation and Change Manager
Info page
Why design is a strategic growth ingredient for Healthy Ageing
Blog
When will retailers wake up and start creating stylish inclusive products that meets consumer demands?
Blog