Inventing competition between generations will help neither young nor old

Most older people are concerned about the wellbeing of future generations, just as younger people worry about their parents, grandparents, friends and neighbours. 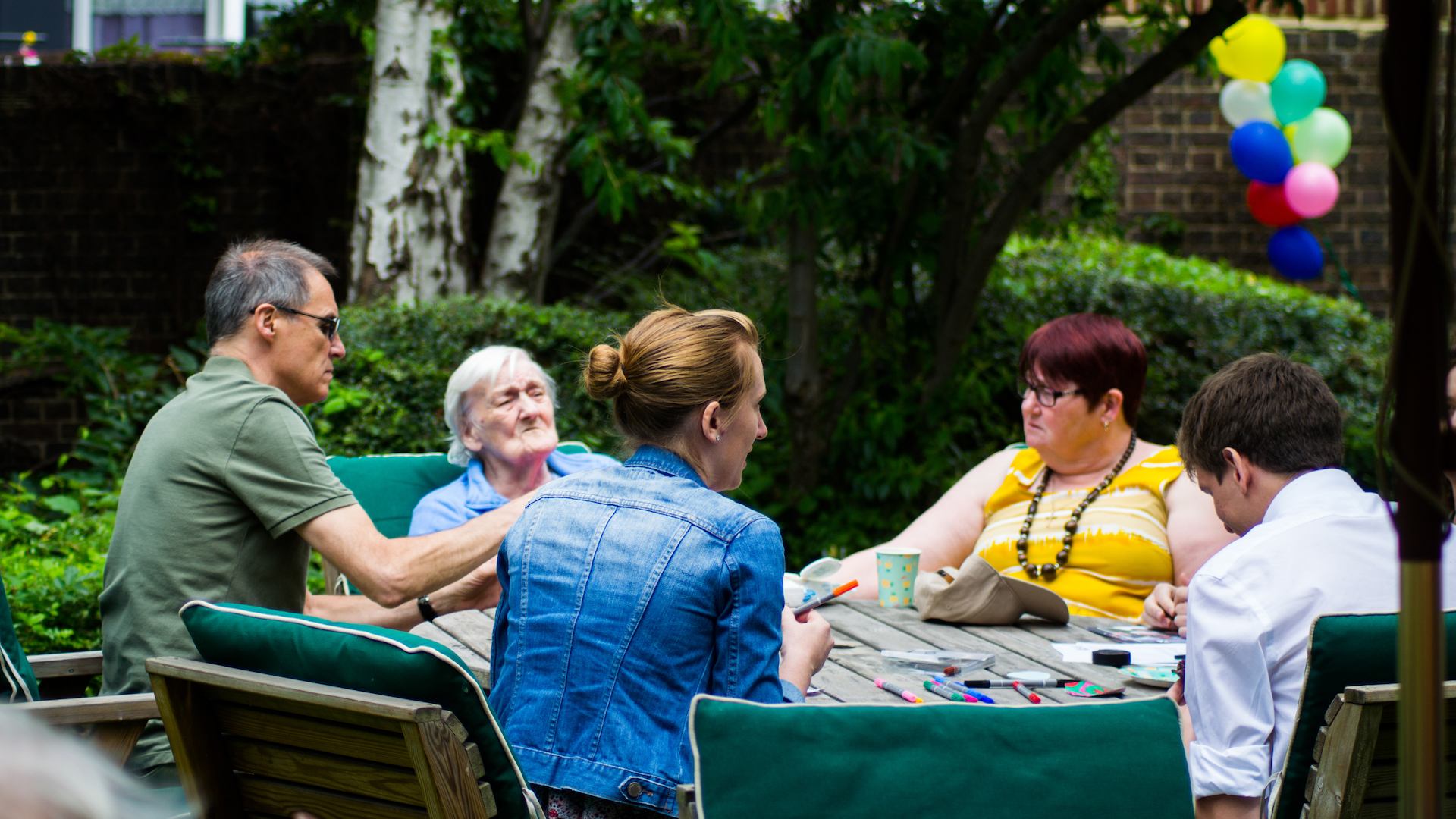 Our Chief Executive Anna Dixon warns against overstating the hostility that exists between people of different ages.

A recent article featured in Red Box warned that 'the unwritten social contract between young and old is fraying'.

This is not a new argument. David Willetts, a former minister and the Chair of the Resolution Foundation, has previously warned of an impending breakdown in the social contract, calling for 'bold measures' to address the challenges faced by the younger generation.

Such rhetoric is unhelpful when it comes to addressing some of society’s biggest challenges. What’s worse, it overstates the hostility that exists between people of different ages. And debating TV licenses is a distraction.

When it comes to housing, debates are predicated on the idea that a generation of older home owners are blocking the young from buying a home by refusing to downsize. In fact, with much of Britain’s housing stock completely unsuitable for people managing a long-term health condition or a disability, significant numbers of older people are trapped in homes that are unsuitable and are unable to move home because they cannot afford or find anywhere that meets their needs and improves their quality of life. Far from living up to the stereotype of asset-rich homeowners, increasing numbers of over-50s rent their homes and many homeowners have insufficient income to maintain their homes. The problem is a lack of affordable housing for everyone.

Thinking about issues as a competition between the young and the old risks creating more unfairness, not less.

As for wealth, while living standards have changed in in the past few decades, they have changed for everyone. There are many people approaching retirement with a lack of money and resources who will find later life tough. Pensioner poverty may have reduced, but 1.8 million households headed by someone aged 50 to State Pension age today struggle to live well and to save for retirement. The risk is that improvements seen in the past decades will be reversed in future.

And when you look at the health and wellbeing of older people today, there are huge inequalities between rich and poor, north and south. People living in areas like Kensington and Chelsea can enjoy on average 18 more years of good health compared to people in places like Blackpool or Manchester. It’s true that life expectancy is increasing – statistics show that within 15 years, there will be more than a million more people over the age of 85. But someone aged 65 today will probably spend ten years in poor health or managing a disability, and will rightly be anxious about relying on an underfunded social care system.

These are massive challenges to overcome. Thinking about issues as a competition between the young and the old risks creating more unfairness, not less. What’s really needed is an open and honest dialogue and solutions that work for everyone.

First published in The Times