Many of us are spending more time in our homes than ever before, but for too many people, their home is actively damaging their health and wellbeing.

Read all of the State of Ageing chapters: 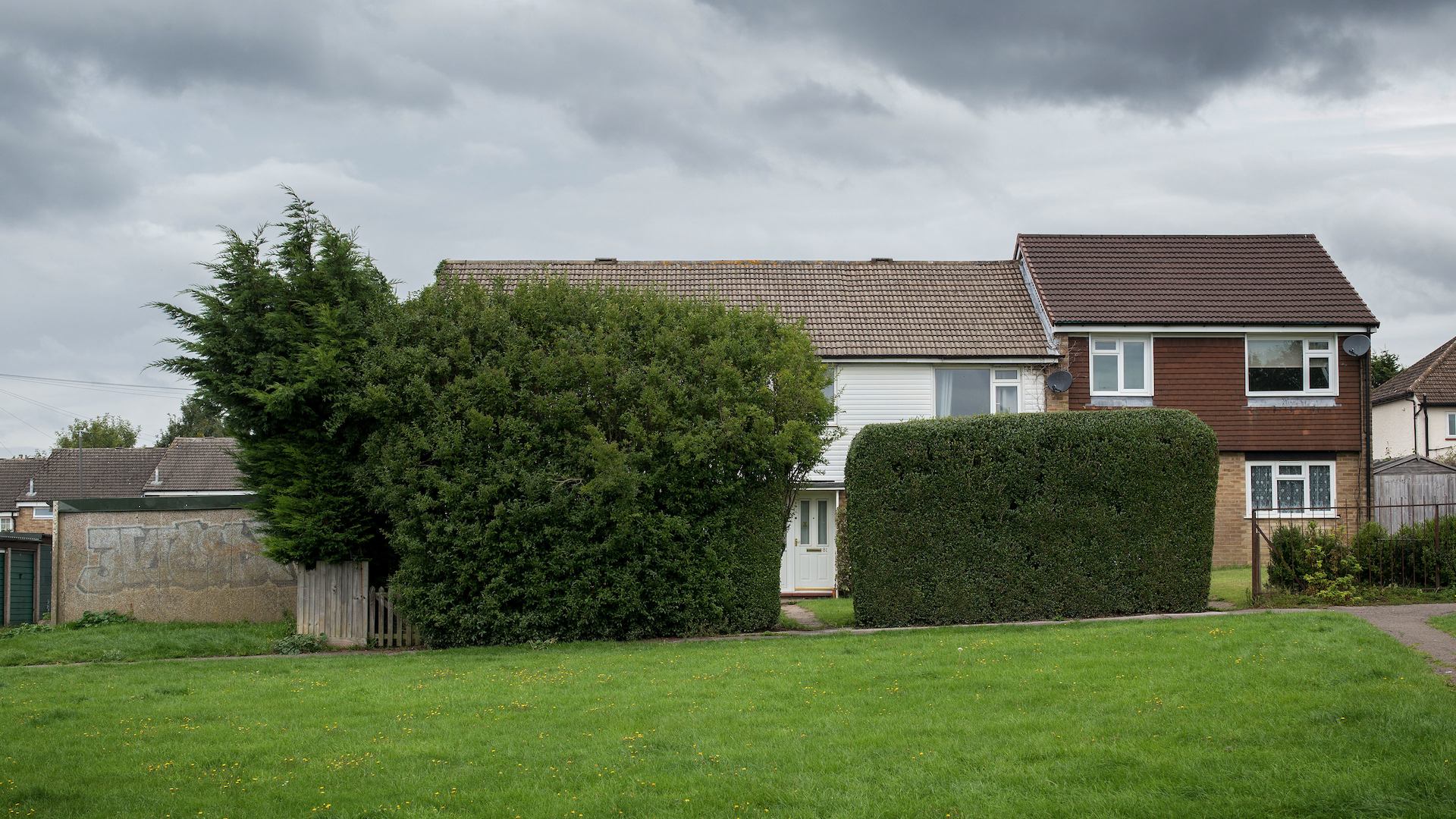 The State of Ageing in 2020 is an online report with multiple chapters, capturing a snapshot of ageing today and considering our future prospects. Below, you can get further detail by clicking on the 'Analysis' buttons and you can hover over graphs to access the data.

Jump to a section:

Our housing stock is not fit for purpose

It is not ready for the age shift that will see the number of households with someone aged over 85 almost double over the next 25 years. This is not some future risk. It has become a present crisis, as the COVID-19 pandemic continues to keep many of us confined to our homes.

There are over two million households headed by someone aged 55 and over which do not meet basic standards: for example it is too cold, or too damp or has a trip hazard. This puts health at risk: anyone with a respiratory condition living in a damp home (already at greater risk of suffering acute effects of COVID-19) could have seen it exacerbated through lockdown. And not enough houses are being built to accessible standards, which could leave many of us living in unsuitable housing or having to move into residential care because we can’t remain at home.

What needs to happen:

Right now, most older people own their own home

Owner occupation is the most common form of tenure among those aged over 65, increasingly so since the early 2000s. But this trend is set to reverse in the future: a growing proportion of people are struggling to buy a home in mid-life, and the supply of socially-rented housing is slowing, meaning that more people will be staying in private rented accommodation into their later life.

Since 2003, the number of over 55s living in private rented accommodation has more than doubled – a trend which is set to continue

These changes have profound implications for the financial wellbeing of older people in the future. Private renters aged 65 and over spend the highest proportion of their income on rent (39% [49% excluding Housing Benefit]) compared to 33% of 16-34 year olds and 32% of 35-64 year olds (35% and 37%, excluding housing benefit, respectively). Analysis from the Social Market Foundation suggests that, in 20 years’ time, over half of all older private renters will be paying rent that is at least 40% of their net income. The APPG on Housing and Care for Older People has made a stark forecast: that by the mid-2040s, 630,000 households over pension age who are privately renting will struggle to meet the cost of their homes.

In 2012-13, the overall proportion of households in the private rental sector overtook those in the social rented sector for the first time. There are different definitions of what counts as ‘social housing’, and the government’s own definition has shifted in the last decade. If we use the broadest definition of social housing – homes rented by local authorities, housing associations, or other parts of the public sector – we can say that the number of homes in this sector has only fallen by around 230,000 (5%) over the last 20 years.

But this definition does not tell us how much rent the occupants of those homes pay. Many will be rented at so-called ‘affordable’ levels: 80% of market rent. The supply of homes available at ‘social rents’ – determined by a formula based on local house prices and earnings – has slowed substantially since 2000. In 2000-01 there were 27,000 new socially rented homes completed, rising to 39,500 in 2010-11, but falling to a little under 6,500 in 2018-19. The supply of availability of homes at the lowest rents is clearly being squeezed – and the Affordable Housing Commission has made the case that we need to be building many more homes at genuinely affordable rents.

A growing proportion of people entering later life will be privately renting in future and, unless more social housing is built, the decline in social renting will continue. Privately renting into later life has serious financial implications for people as well as for the size of the Housing Benefit bill. But owner occupiers also face risks if they are not able to financially sustain the upkeep of their home.

There are over one million home owners aged 55+ in poverty

Older outright owners living in poverty may have had a smaller mortgage to pay off than today’s home buyers are faced with. But they are now at risk of serious financial challenges when it comes to maintaining their home. Without the means to undertake vital repairs, their homes may become cold, damp, and ultimately hazardous to their health – as the next section explains. And without the means to adapt their homes to their changing physical capacity as they age, they may find their independence and quality of life seriously, and avoidably, limited.

Too many homes do not meet basic standards

There are 4.3 million non-decent homes in England: over half of them are headed by someone aged 55 or over

Nearly half a million homes lived in by older people are excessively cold. Fixing this alone could save the NHS over £300m

Altogether, fixing these hazards in older people’s homes could save the NHS £513m a year. Yet according to modelling by the Building Research Establishment, these repairs would cost a total of £4.3 billion, meaning that the investment would be paid back in just over eight years.

Most of us live in the types of homes we will age in: the vast majority live in mainstream housing, and 80% of older people say they want to stay in their own home as they age. Specialised housing – such as sheltered accommodation or retirement villages – is one part of the solution. But what we really need as we go through the age shift is more accessible housing which we can live in at all ages, and which we can grow older in.

Just 9% of homes meet the basic standard of accessibility, but we need homes built to a higher standard, which would make them adaptable and flexible enough for anyone to live in them. The government needs to set a higher regulatory baseline for the accessibility of all new homes being built (M4 Category 2) – along with six other steps set out by the Housing Made for Everyone (HoME) coalition.

There is clearly a market for homes that are either adapted, or adaptable.  Nearly three-quarters of people we polled in 2019 agreed that homes should, as standard, be built to be suitable for people of all ages and abilities. And it will not be expensive for housebuilders: in 2014, providing enhanced accessibility and adaptability to a new three-bedroom semi-detached house was estimated to add just an extra £521 in building costs. The government needs to move ahead with implementing M4 (2) as the mandatory minimum adaptability and accessibility standard for all new homes as soon as possible following its consultation.

Over £500 million pounds has been allocated to pay for adaptations to homes in England in 2020/21, through the Disabled Facilities Grant

We saw at the start of this section that there are around one million home owners aged 55 and over living in poverty. Here, we see that people who are struggling to get by are the most likely to say their house needs to be adapted, and that cost is the main barrier to people making changes to their home. Clearly, the DFG is crucial to allow those with less money to make their home safe and suitable for them.

This does not just mean that DFG allocations need to be protected. Analysis from the Building Research Establishment in 2011 suggests that a sufficient amount to meet demand would be far higher even than these existing allocations. We also know that many local areas don’t have the capacity and resources to deliver home adaptations quickly. To spend the DFG capital funding efficiently and effectively, local authorities need sufficient resource funding to deliver it – so they can pay for administrators and contractors to actually make the adaptations happen.

Housing during and after lockdown

Lockdown brought the importance of the homes we live in into sharp focus. More than two-thirds of the adults we surveyed said they were thinking more about their home – both good and bad – as a result of lockdown, and 70% said that they were more aware of problems or improvements needed in their home. At the same time, the vast majority – 90% of people aged 50-59, and 93% of people aged 60 or over said they were satisfied with their homes (which may or may not mean they were suitable for their needs).

The more financial difficulties people in mid-life face, the less satisfied they were with their home during lockdown

Lockdown has also made housing inequalities more visible – and perhaps even more damaging. The way the over 50s felt about their home during lockdown differed depending on their financial position.

Lockdown – and indeed, the pandemic itself –  has also exposed the housing inequalities between different ethnic groups.

What people want from their homes in later life – safety and security, privacy and space – are the same things we want at all ages. This is why we cannot think about housing for an ageing population as ‘housing for older people’ but instead as housing across the life course. Ensuring that we have housing stock that is suitable for everyone as they age is a central issue for housing policy, not a marginal one related to care. All parts of the sector – developers, planners, designers and policymakers – need to come together to create decent and adaptable housing which will support us all to age well.

Read all of the State of Ageing chapters:

Caring in Covid
National Care Forum (NCF)
13 Jan 2022
To help record and highlight the response of the not-for-profit sector, this collection of stories from NCF members describes care, communities and leadership during the Covid-19 pandemic.
Briefing on the Health and Care Bill: House of Lords Committee stage
The King's Fund
7 Jan 2022
This briefing focuses on Parts 1 and 6 of the Bill, which deal with the NHS and its relationship to other parts of the system, including the powers of the Secretary of State, plus changes to the cap on social care costs.
Those little connections: community-led housing and loneliness
Department for Levelling Up, Housing and Communities
30 Nov 2021
This report, carried out by the London School of Economics, aims to address an identified evidence gap around the link between loneliness and participation in community-led housing (cohousing in particular).