The way ageing is discussed across different sectors reinforces concerns raised during the coronavirus crisis that key parts of society perpetuate negative and damaging views of later life.

Help us spread the word by sharing our resources on social media.

A new report looking at the language used across society related to ageing and older people has revealed negative attitudes that risk damaging the country’s social fabric by stoking intergenerational tension and potentially affecting policy-making.

The report, which analysed the way ageing and later life are spoken about in politics, the media, advertising and the charity sector, reinforces concerns raised around the treatment of older people during the COVID-19 pandemic. The analysis shows that ageing is associated with decline and ill-health, and older people are commonly portrayed as frail, vulnerable and dependent, with the top ten most frequently used words across society including help, care, support, dementia and the NHS.

Political discourse mainly frames the ageing population as a costly ‘crisis’ emphasising the dependence of older people on state support, which overlooks the vital contribution of people at older ages to society including caring for loved ones and providing support in communities.

In politics and the media, the report found that older people are often pitted against younger people in ‘boomer vs millennial’ narratives around competition for resources, with older age often being used as a proxy for wealth. The report warns that this hides the inequalities that exist within generations.

These ways of talking about ageing and later life underpin the issues seen during the pandemic, with older people treated as a homogenous group who are vulnerable, frail and a problem to be managed rather than citizens of equal value. Negative attitudes to older people have serious consequences, sowing distrust between generations and potentially affecting policy-making decisions. We're calling for age to be added to the protected characteristics covered in the Editor’s Code, which sets out expectations with regards to avoiding discrimination in the media. 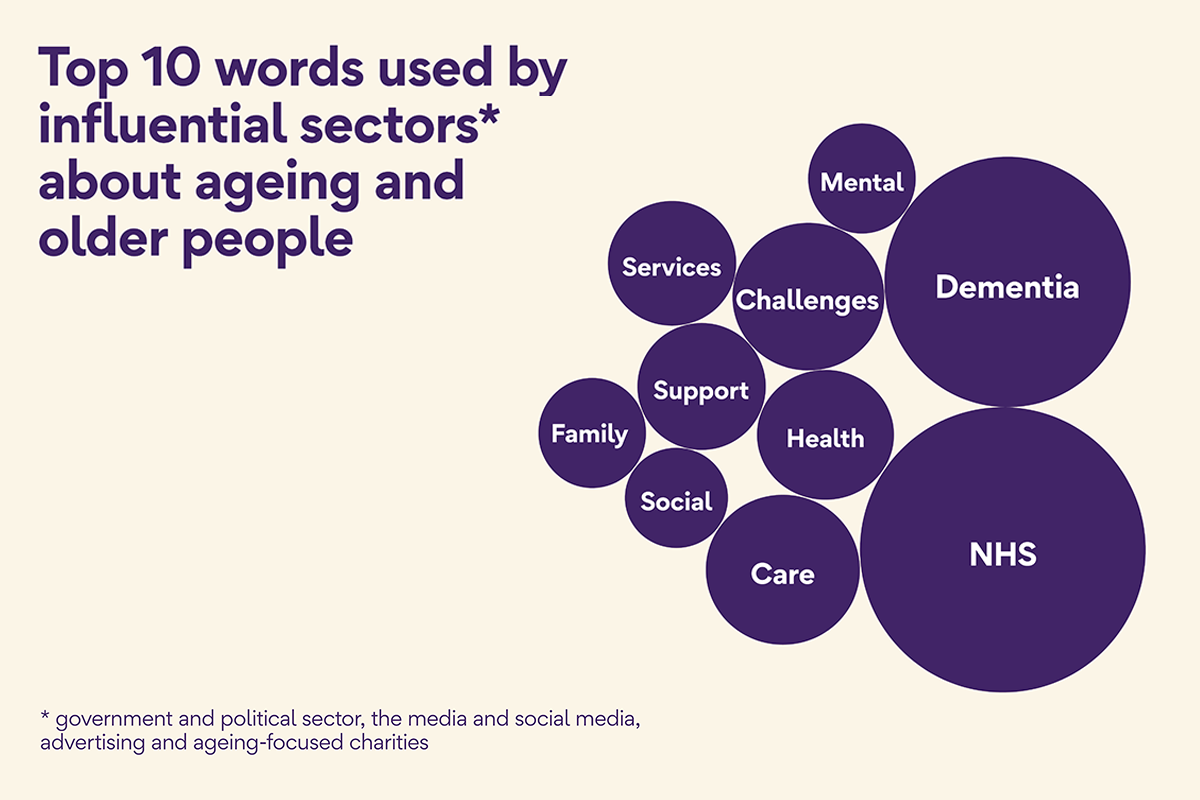 “Open a newspaper on any day of the week and you’re likely to find articles which refer to the ‘crisis’ of an ageing population, ‘selfish’ boomers, or the ‘burden’ of older people on the NHS.

“Our new research highlights how pernicious these negative views of old age can be, with later life talked about most often in terms of decline, dependency and vulnerability across a range of sectors and representations of age in public life that are drawn from outdated assumptions and negative stereotypes.

“The serious concerns raised about the treatment of older people during the pandemic have highlighted the real-world consequences of this kind of language. The call for a ‘cull’ of the elderly was one particularly extreme response to the crisis, but it’s clear that negative attitudes to later life could have an impact on policy-making.

“We’re all living many years longer than our parents or grandparents, so it’s vital that we find new ways of talking about ageing. Politicians and those working in the media have a huge amount of power to shape the way we discuss these issues, and a responsibility to represent the reality and diversity of later life.”

An old age problem? How society shapes and reinforces negative attitudes to ageing