Who is at risk of missing out?

This project launch page looks at the data behind the people who are at risk of missing out on a good later life, with a focus on BAME experiences. 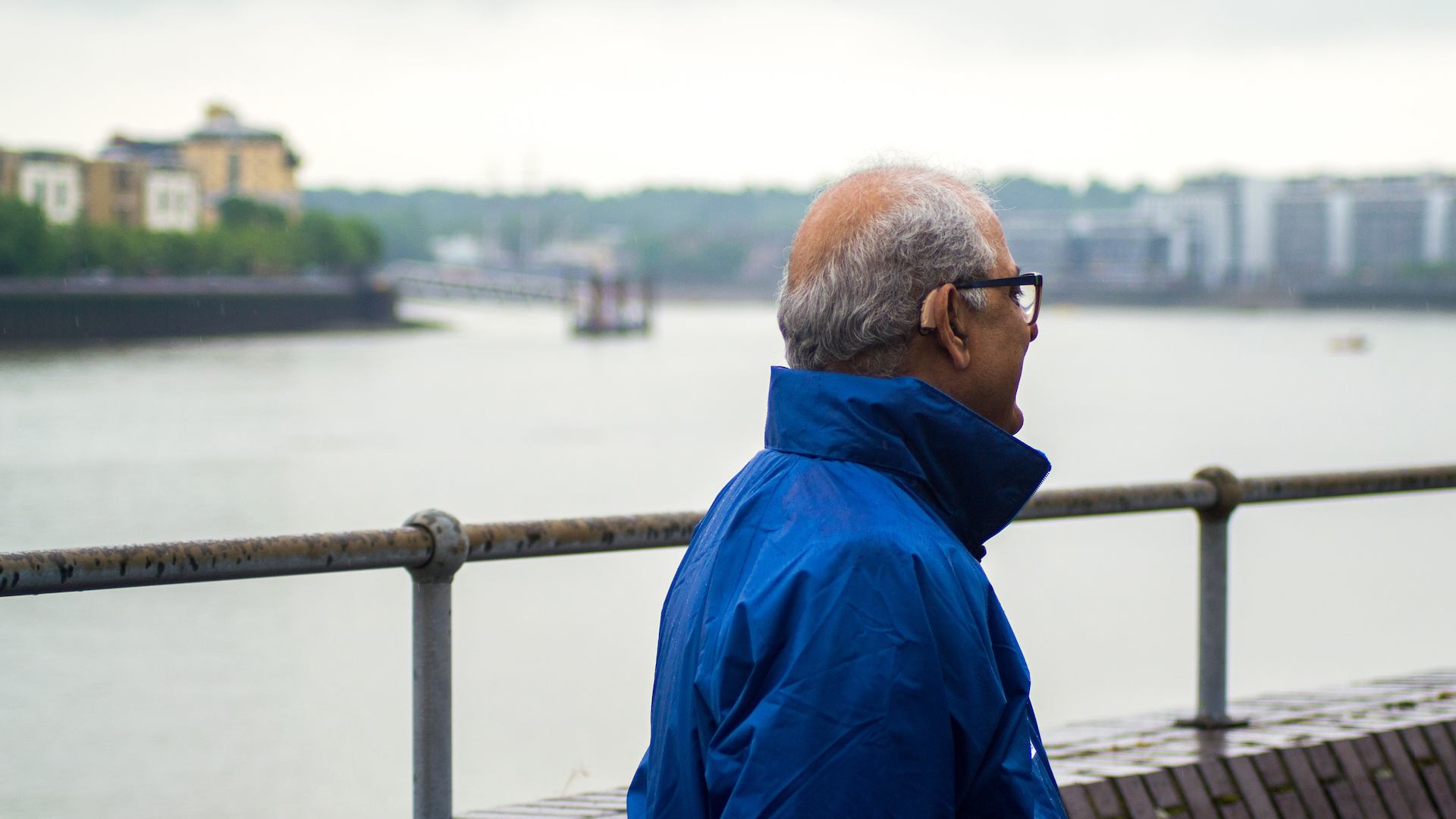 New analysis by Ageing Better, IPPR and UCL is the first phase of a research project exploring the factors that prevent people from having a good later life.

Our report, 'Boom and bust?', builds on the research below and paints a more full picture of people in their 50s and 60s today.

The UK’s population is undergoing a massive age shift. In less than 20 years, one in four people will be over 65. The fact that many of us are living longer is a great achievement. But unless radical action is taken by government, business and others in society, millions of us risk missing out on enjoying those extra years.

Our work focuses on those approaching later life, which we loosely define as people aged 50-70. We believe that in order to have a good later life, people need to be able to establish certain foundations in their mid-life. These are: financial security, good health, social connections, and to have meaning and purpose in their lives.

Working with researchers at IPPR and UCL, this project set out to explore:

Our ambition is that this project will shed light on the specific experiences of people in this age group and help us and others – such as national and local government, industry, etc – understand what needs to change so that we can all enjoy our later lives.

The final report will be published in early 2021.

A focus on Black, Asian and Minority Ethnic experiences

The COVID-19 pandemic is a stark reminder of the consequences of living in an unequal society. Overcrowded homes, deprivation, barriers to accessing services,  certain health conditions are all more likely to be experienced by Black, Asian and Minority Ethnic (BAME) people. These, along with a greater representation in some front-line healthcare jobs put these communities at increased risk of contracting the virus. These experiences  are the result of deeply ingrained, systemic social and economic inequalities, racism, discrimination and stigma, occupational risk and the impact on health.

Here we present some of the initial findings from the project so far. In this instance, we have focused on the financial security, housing and health of BAME people aged 50-70 to illustrate the precarious position of this group, even before the challenges of COVID-19. There is little data available on the experiences of BAME people in later life and as such, we are reliant on one or two sources. This is despite the fact that the proportion of BAME people aged 50-70 has doubled from 4% to 8% from the previous to the current generation₁ and that without change to address the structural and economic challenges facing these groups, there are serious concerns for their later life.

Setting the foundations for a good later life: financial security

Financial security is a key component of a good later life. A lack of resources can lead to increased levels of stress, poor health and diet, restrictions on people’s ability to do the activities they enjoy, among other things. England’s significant disparities in income are widely known and the situation is no different for people in their 50s and 60s. Across this age group, the poorest fifth have an income of £200 per week in contrast to £1,010 in the richest fifth₂. BAME groups are more likely to be in the poorest fifth when compared to the White population and while the average weekly income of White and Asian groups is very similar (£499 and £500 respectively), it drops drastically to £397 for Black people aged 50-69.

Ongoing outgoings? The cost of housing

Unfortunately, these income disparities also translate into startling differences between those who will be able to enjoy retirement without spending money on rent or a mortgage and those who will need to use their pensions to continue paying for a roof over their head. Nearly half of White people in their 50s and 60s (47%) own their home outright compared to 33% of Asian and just 13% of the Black community.

People approaching later life from BAME backgrounds are also more likely to live in deprived neighbourhoods, with nearly a third of Black and a quarter of Asian communities living in the most deprived areas compared to just 16% of the White population. These areas often have the oldest and poorest quality housing, meaning an increased risk of unsafe, insecure housing that impact people’s physical and mental health.

Over half of the population are at risk of a later life spent in poor health or disability because they are not sufficiently healthy as they approach later life. The national guidance is clear: we all need to invest in our future selves by considering what we eat and drink, and by trying to exercise to certain levels. This is often easier said than done, particularly for those who face structural barriers as a result of, for example, their local environment or a lack of time, money or support to make a change.

Unfortunately, 59% of the White population and 66% of the BAME population are currently engaging in one or more unhealthy activities such as eating a poor diet, smoking, drinking too much alcohol and/or physically inactive. These figures are particularly high for Asian women (72%) and men (70%) who have higher rates of physical inactivity – but lowest rates of smoking – than other groups. Heavy alcohol use is most prevalent among White males in their 50s and 60s, with 15% reporting that they drink more than the recommended amount compared to an average of 4% across all BAME groups.

The research team were then able to use a different dataset to analyse the change over time. Although the figures are improving between these two generations – comparing people aged 50-69 in 2002 and 2018 – particularly for smoking and alcohol use, they still include a significant proportion of the generation currently approaching older age.

The implication is that unless health behaviours amongst these groups improve, many of these people will develop a largely preventable health condition or disability. This will greatly impact on their quality of life and probably also their ability to work for as long as they want and need to. Nearly half 45% of people aged 50-69 already have at least one limiting long-standing illness or disability (45%) and 6% have such significant health problems that they are unable to work. Of those who are working, nearly over half of Asian females (56%) and 43% of Asian males report that their mental or physical health has limited the amount or type of work they have been able to carry out recently. This compares to around one third of White (34%) and Black (37%) people.

Next steps in the research

This research sheds light on those in their mid-life currently experiencing difficulties and who are most at risk of missing out on a good later life. It illustrates the scale of the challenge with respect to ensuring that everyone can live fulfilling lives.

In later phases of the project, interviews and focus groups will be conducted so that we can hear from people themselves about what their lives are like and what could be done to enable an improved situation.

Read Anna Dixon’s blog for suggestions on ways in which the government can address these and other challenges that have arisen as a result of the COVID-19 pandemic.

You can also find out more about Ageing Better's work on inequalities in later life.

Please sign up to the Centre for Ageing Better’s e-newsletter for details about this and our all projects. To speak to us about this particular project, please contact Holly Holder at info@ageing-better.org.uk.

Stronger nudge to pensions guidance
Department for Work and Pensions
17 Jan 2022
In 2021, the government proposed regulations introducing requirements for individuals to be nudged to obtain appropriate pensions guidance by trustees and managers of occupational pension schemes. The government has now published its response to this consultation, alongside a summary of the responses.
Caring in Covid
National Care Forum (NCF)
13 Jan 2022
To help record and highlight the response of the not-for-profit sector, this collection of stories from NCF members describes care, communities and leadership during the Covid-19 pandemic.
Briefing on the Health and Care Bill: House of Lords Committee stage
The King's Fund
7 Jan 2022
This briefing focuses on Parts 1 and 6 of the Bill, which deal with the NHS and its relationship to other parts of the system, including the powers of the Secretary of State, plus changes to the cap on social care costs.