Our new report emphasises that well-designed neighbourhoods that enable people to walk and cycle are vital to helping people in their 50s and 60s stay active. 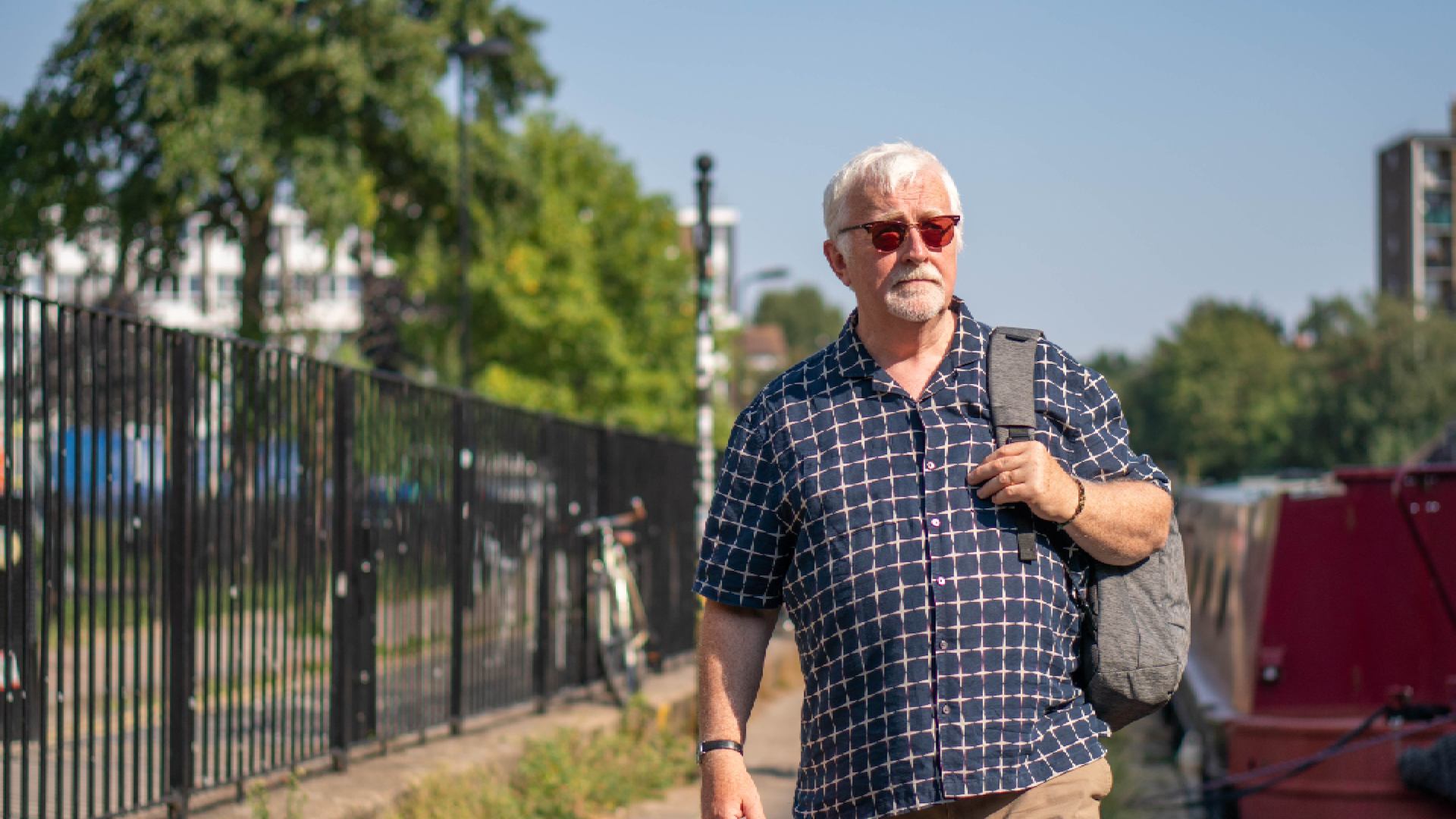 38% of people aged 55-64 and 43% of those aged 65-74 don’t get the recommended amount of exercise each week. We're calling for government to increase funding in this area to get people moving.

According to a new report, 'Best foot forward', too many people in their 50s and 60s will remain physically inactive unless we re-design our neighbourhoods to encourage walking and cycling. The report, which looked at the barriers people in this age group face to walking and cycling, says that action is needed from national and local government, service providers and health systems to get people moving.

According to the report, avoiding the stresses and annoyances of driving – like traffic and parking – is a key motivation for walking or cycling; however, fear of traffic and a lack of confidence act as barriers to cycling. These issues can be remedied with good-quality cycle paths that are separated from traffic. Well-maintained dedicated footpaths are crucial too, as is proximity to shops and services so that they can be easily reached on foot or by bike. The report also found that health conditions and the perception that they’re not fit enough are major barriers to people in their 50s and 60s getting active in this way, but wanting to improve fitness can also be a motivation.

The Centre for Ageing Better says that encouraging people in their 50s and 60s to travel by walking or cycling more is absolutely vital to helping this group stay active and improving people’s health. They say that to support this, national government should increase the funding available through the Active Travel Fund for local areas to install safe, supportive infrastructure for walking and cycling – like well-maintained paths, adequate lighting, separation from traffic, and places to lock up bikes in town centres. Ensuring this kind of infrastructure is in place would, they say, remove many people’s fear of traffic and boost confidence in walking and cycling.

“Building walking and cycling into our daily routine has so many benefits – keeping us healthy, giving us the opportunity to get out in green spaces, and of course helping the environment too.

“But for many people in their 50s and 60s, there are challenges that can make it harder to get into these habits. Many people feel they don’t have the physical ability, and in many places there isn’t the infrastructure that makes it safe and easy to walk or cycle.

“These barriers must be tackled – there is so much to be gained by supporting people of all ages to walk and cycle more. We need to see more funding for places to put in place things like cycle paths, good lighting and well-designed routes that make walking and cycling the easiest and safest way for people to get around.”

Active travel and mid-life: Understanding the barriers and enablers to active travel