Intergenerational relationships are important for those in later life to feel connected to their community and improve their wellbeing. 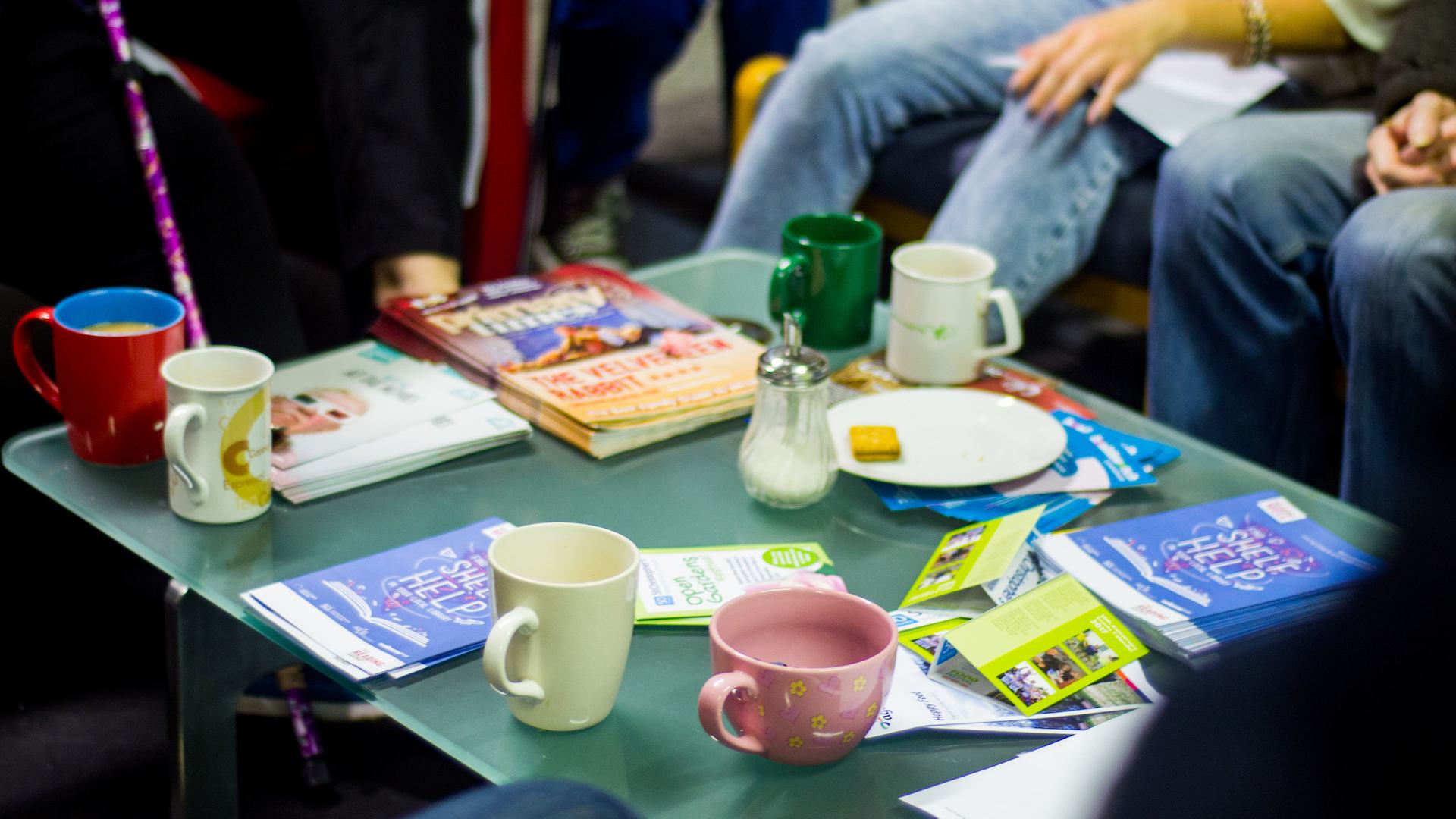 Angela Geoffrey, from Bath, tells us about her volunteering work at a local primary school to help children in their reading development.

“They choose which book they want to read, and you can get an idea of what they’re interested in. We’ve gone through dinosaurs; they’re slightly out of fashion now”. Angela Geoffrey is talking about the children she spends time with at a school near her apartment at The Chocolate Quarter. She moved there two years ago along with her dog, who’s snoring next to her on the sofa.

The Chocolate Quarter, a St Monica Trust retirement village near Bath, is geographically and socially part of the local community. It encourages its residents to get involved with the world on their doorstep. After seeing a notice in her building asking for volunteers to help local school children with their reading, Angela signed up and was lucky to be placed in a school just 200 yards down the road. Any delays to her short on-foot commute are entirely down to her stopping to chat on the way. She’s been going to the school every week during term time for a year and is seeing literary progress: “This last term they’ve really come on a treat…and they’re doing things like punctuation marks and question marks. They’re getting expression in to it instead of plodding through. Now I can say to them: ‘What do those marks mean?’. And if they don’t know, I go through the rigmarole of acting out the expression”.

We sit outside in the corridor on a little round table and usually have about half an hour or so each. So I’ll see three or four children each week.

Angela spends time with children who benefit from one-to-one support: “You know, you may not even read with some of them. There’s one little boy whose spoken English is great but he’s not so good at reading. If you get him chatting…he will try to read. Encouragement is all that's needed. And it’s so sweet, the teachers call it their Special Time. We sit outside in the corridor on a little round table and usually have about half an hour or so each. So I’ll see three or four children each week”.

As well as helping the kids with their reading, Angela also loves to chat. “You hear about their dogs and their mums and their dads, and this and that and the other, and how many brothers and sisters they’ve got, and dinners and”…she trails off, thinking about every real-life short story she has ever been told over a colour-coded educational reading book. The life lessons Angela explores with the children may be infinite, but the book selection isn’t. “There’s one they always choose – a book about a boy who buys a dog that looks like an angel until they go home, and then it’s a little monster. The theory at the end is that things often aren’t as they seem. Heavens above, if I read that book one more time!”.

Angela is keen to confirm the main reason she volunteers: “It’s fun. They can’t believe that I’m older than their grandma. Of course I’m older than their grandma!”. She laughs loudly. But there are added bonuses: it’s not just the kids who are learning. Occasionally, she sees children she knows from school when she’s in town at the weekend. There’s a lot of kids and just one Angela; a lot of names to remember, and just one Angela. This can be a challenge: “You go down the high street and you suddenly hear a little voice say “Hello Angela” and you think ‘Oh Crumbs! Who was that’?!”. Remembering their names is hard, but now not impossible: “I must say, doing this has really helped my memory. I’m getting much better at it”.