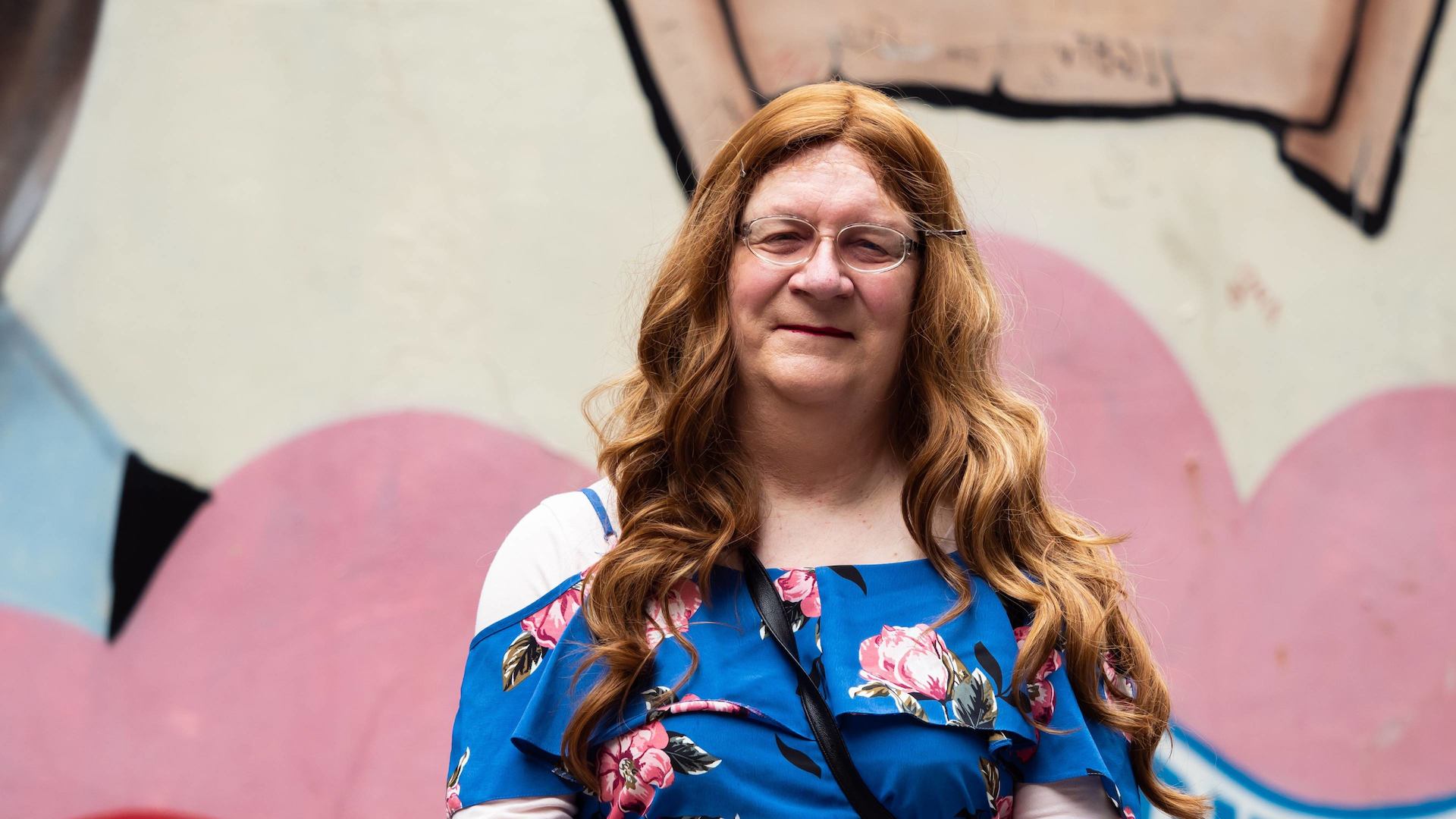 To mark Pride Month, Lynn, 69, talks about the importance of having a transgender memorial, being active in the LGBT+ community and enjoying getting older.

Since I’ve retired, I’ve ended up doing a lot of trans support work and things like that, I’m very involved in the LGBT+ community in Manchester. There’s a lot of stuff going on, although it’s much quieter at the moment with COVID.

I wanted to have my photograph taken by the ‘Transgender Memorial’ in Manchester because it’s the only one in the country. In fact, I think at the time it was done it was the only one in the world! It’s a memorial to all the trans women who, because of their circumstances and the attitudes of the time, were buried in their male names. I suspect there were a lot of trans men buried with their female names as well. There’s a plaque on the memorial that says ‘You were known to us’. Your families may have denied it, but you were known to us. That’s why it was created.

That’s one of the things that affects older trans people far more than the young. These days, you can change your name fairly easily, records are changed and so forth. That wasn’t the case for us. The Gender Recognition Act in 2004 sorted a lot of those problems out. It wasn’t perfect but it helped. The older generation of trans people never got that, and many died before then. 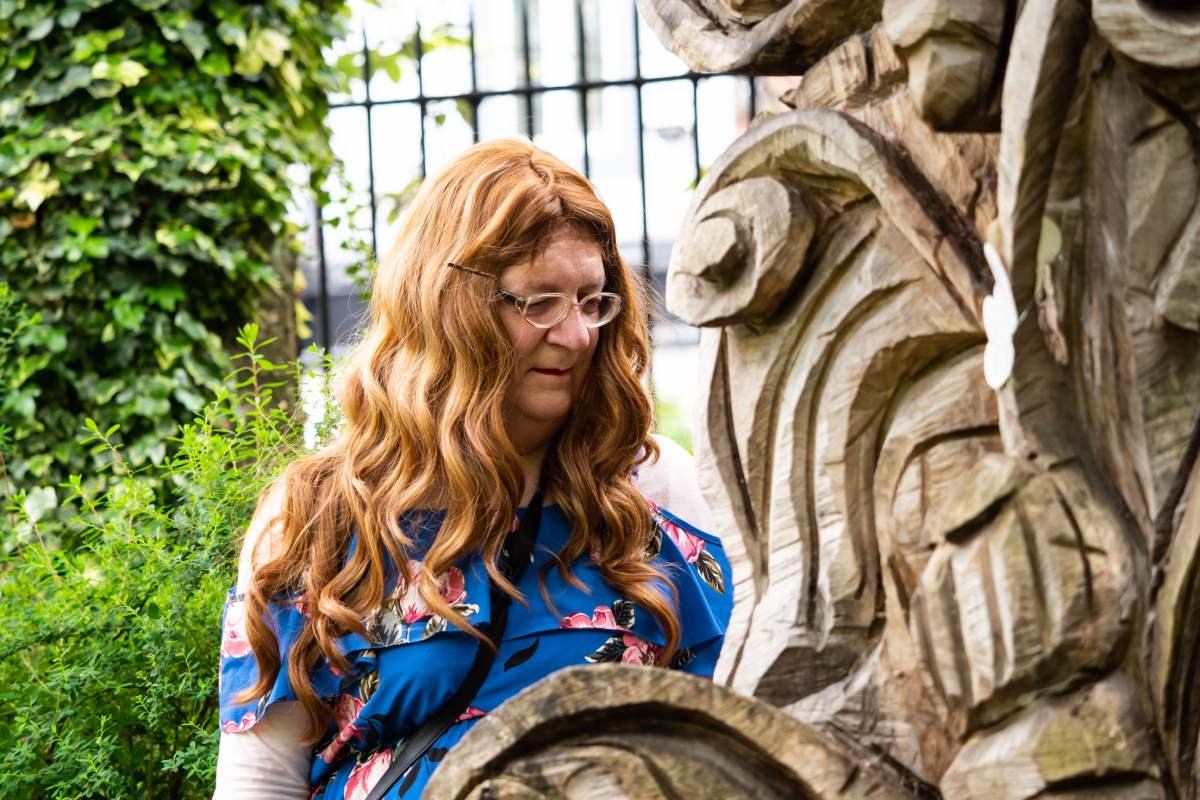 Lynn, standing in front of the Transgender Memorial.

I’m looking to get involved with a project that finds housing for young trans people, which is a major issue. Very often trans people struggle to start in life, in some cases they get very badly treated by their parents and schools. I’m aware of young trans people living on the street. And if you’re at that level as a teenager and you can’t afford adequate accommodation, you’re not going to succeed

I did do quite a bit of work with the LGBT Foundation’s helpline, particularly when they first adopted a trans-inclusive policy, about six years ago. Back then, there wasn’t anyone who had experience of trans people, not among the volunteers, or most of the staff. Although some of them were in the closet, I think. Imagine, being in the closet in an LGBT organisation! It’s shifted a lot, but at that time they had nobody who could support trans people who were struggling. So, I ended up doing that. It was quite an interesting experience.

The media has been what they call ‘debating’ trans people’s human rights by including people with an eccentric view of gender in the name of balance. It’s really offensive. Even media outlets that are more balanced than most have recently been taking a partial side to trans issues. Transgender rights are being slanted and that’s why I’m cautious about appearing in the media. It’s the whole issue of what is the journalist’s aim for their program or their article?

I'm quite enjoying getting older and not having to worry about earning money. There is an LGBT+ support and social group that I go to called ‘Out in the City’. It’s mainly social, but when you’re on your own - which a lot of older LGBT+ people are - you need some contact with people. I’m pretty good at managing on my own, but I was aware that by the time I’d been in lockdown for months that it was getting to me. And there are people who have had it a lot worse. This group has helped a lot of people during this time, me included.