Our annual State of Ageing report suggests that England is becoming an increasingly challenging country to grow old in, with rising pensioner poverty and poor health. 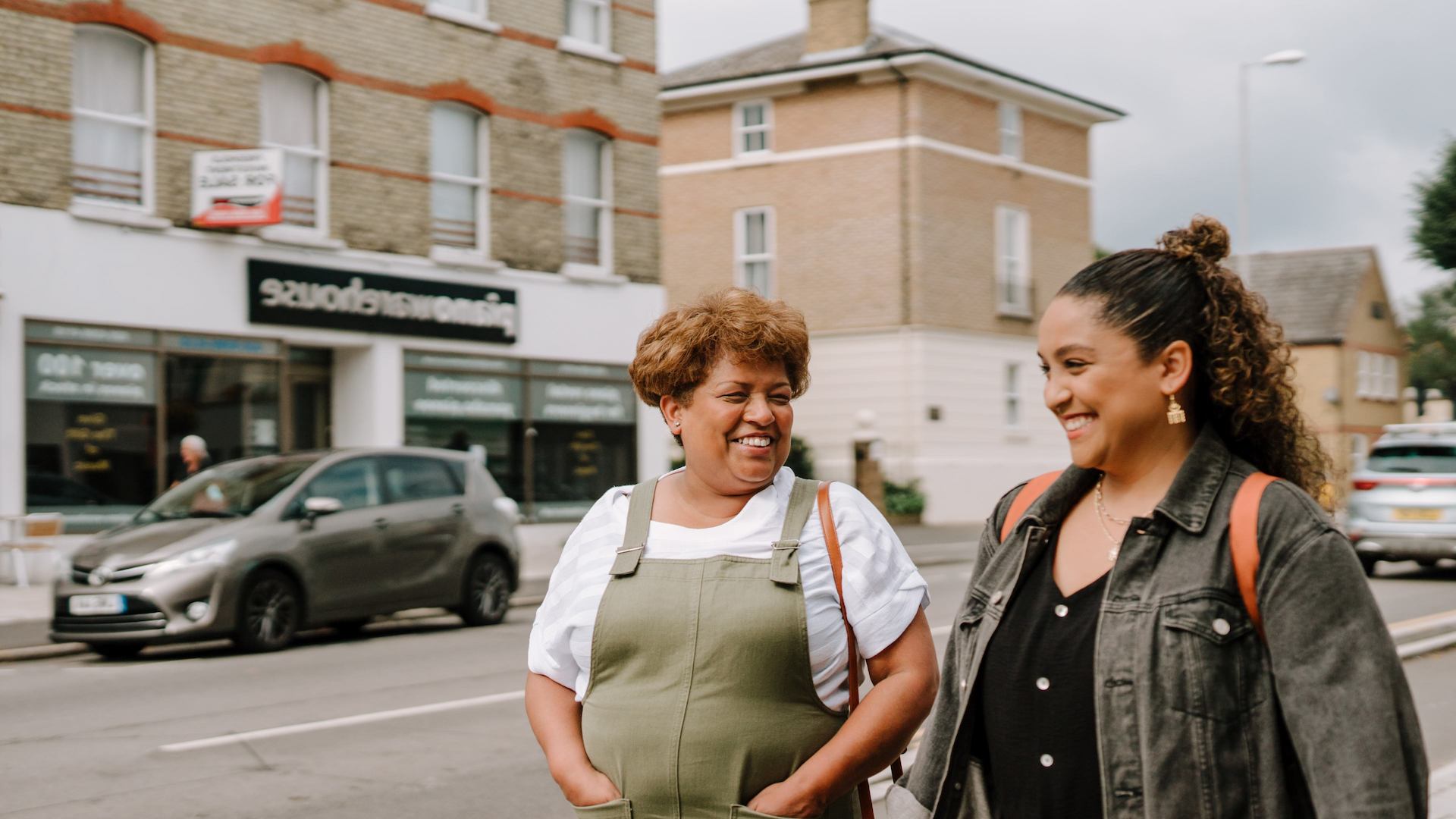 The State of Ageing in England is getting worse

As our comprehensive review of national data on ageing makes clear, a financially secure and healthy later life is becoming increasingly unlikely for millions of people.

And, with the population ageing rapidly, the number of people at risk is growing at an alarming rate. The latest data shows a sharp increase in pensioner poverty, meaning that almost 1 in 5 people were living in poverty in the 2019/20 period. That's some 2 million people.

In a period when the state pension age has risen to 66, employment rates among people approaching retirement age have fallen to their lowest levels since 2016.

The number of older people renting rather than owning their homes has reached an all-time high.

These factors have major implications for people’s financial security and for the quality of their homes as they age. The number of people in mid and later life who live alone – many without the traditional family structures our approach to ageing has historically relied on – has been increasing steadily, with 1.3 million men aged 65 and over living alone today, up 67% between 2000 and 2019.

This has implications for housing and for health and social care. These trends confirm that England is becoming a more challenging country to grow old in. We can see in our data that the pandemic has, of course, contributed to many of these problems – but they are ultimately longer term issues that have been developing for some time. And they will not go away as we return to life as it was before COVID without concerted action.

It is widely known that our chances of having a decent old age vary, and the data we have amassed confirms that the people who are least well-off have the slimmest chance of all.

Across England today – depending on where we live and how well-off we are – there are differences of up to ten years in how long we can expect to live and more than 17 years in the time we get in good health without a disabling illness.

Almost 1 in 5 homes headed by someone aged 60 or older is in a condition that endangers the health of the people who live there. In fact, almost 9,000 people died in England and Wales last year because their homes were too cold.

The UK state pension is one of the worst in Europe providing just 58% of previous earnings from work - below the OECD average of 62%. Those people who have to rely on the pension as a main or only source of income face a bleak financial future.

All this data demonstrates vividly that we cannot afford to be complacent about ageing and about our collective futures, and particularly the futures of people experiencing poverty, discrimination, and other disadvantages accumulated over the course of their lifetimes.

The State of Ageing 2022 has five chapters: Health, Homes, Work, Communities and a chapter setting out the context in which we are ageing. It looks at data from a wide range of sources such as the English Housing Survey, the GP Patient survey, the Health Survey for England and the Community Life Survey, as well as a host of official statistics from the Office for National Statistics (ONS) and government sources such as the Office for Health Improvement and Disparities and the Department for Work and Pensions.

Ultimately it shows that the experience of being older in England is getting considerably worse for many. The data we have looked at demonstrates the huge challenges facing the government’s levelling up ambitions to reduce inequalities across England as well as its stated commitment to increase healthy life expectancy by five years.

While we make recommendations for action under each chapter, our overall recommendation is that government appoints an Older People’s Commissioner for England to protect and promote the rights of older people and to help make England a better place to grow old in. In line with the existing Older People’s Commissioners in Wales and Northern Ireland, this role would champion the needs of older people, particularly those at greatest risk, and safeguard all our journeys into later life.

It comes after a long period of widening wealth and income inequalities among people in their 50s and 60s. The net (non-pension) wealth of the richest 20% of people in this age group doubled between 2002 and 2018, while that of the poorest 20% fell by 30%. And with declining home ownership, this age group will face even larger financial challenges in retirement.

The pandemic has reversed progress on the employment of older people

Last year, we warned that challenges around employment already faced by older workers could – if exacerbated by the pandemic – push many out of the workforce for good, years before they reach state pension age.

This has now come to pass: the number of people aged 50 to 64 who are not engaged with the labour market in any way (that is, they are neither working nor looking for work) has risen by 228,000 since the start of the pandemic, and the employment rate in this group has fallen by 1.8 percentage points.

After decades of narrowing, the employment rate gap between older and younger workers is now wider than it was two years ago. These trends are entirely at odds with the government’s ambitions to extend working lives, raise the state pension age, boost productivity and level-up the UK.

But they reflect the reality for many individuals who feel shut out, undervalued, and financially disadvantaged by an ageist labour market. We now need to see the same levels of energy that have been directed towards staving off a spike in youth unemployment focused on programmes which will pull these lost workers back into the labour market.

And employers struggling to recruit should look to the principles of age-friendly employment to recruit and retain this valuable workforce.

This trend towards an increase in both the number and proportion of older renters is set to continue, as rates of home ownership among younger age groups continue to fall.

Rising levels of private renting have major implications for financial insecurity among older people. The oldest renters – those aged 75 and over, spend almost half of their incomes on rent. Retirement, and the years leading up to it, can no longer be assumed to be a time of falling living costs.

Private rentals are also the most likely to fail the government’s own standard of a ‘decent home’, almost a quarter of such homes are non-decent. There is a strong association between the condition of our homes and our health, with cold and damp causing and exacerbating conditions such as respiratory and cardiovascular disease.

So rising levels of private renting have serious implications not just for the finances of their older residents but for their health and safety too.

Disability-free life expectancy –the number of years on average people can expect to live without a disabling health condition – has continued its dramatic fall, particularly among women. And there is shocking inequality in how much of our lives we will live with illness and disability.

At birth, people in the most deprived areas can expect to live more than 17 years more with disabling health conditions than those in the least deprived areas. Living with a disability would not have to be a hardship if the world were structured with different access needs in mind. But it isn’t.

As an example, fewer than one in ten homes in England have the accessibility features that would make it easy for someone with a disability to live there. And these trends tell us that the way our society is set up is increasingly damaging to our health.

What needs to happen

The potential legacy of the pandemic on mortality
Covid-19 Actuaries Response Group
9 May 2022
This bulletin focuses on indirect impacts of Covif-19 on mortality, looking at excess deaths due to stresses on the health system or changes in the health-seeking behaviour of individuals. It finds that If care pathways do not rapidly return to pre-pandemic levels, then the Covid-19 pandemic will affect the standard of healthcare, morbidity and mortality across the UK for years to come.
All the lonely people
Mental Health Foundation
9 May 2022
This report explores loneliness: its causes, consequences and the groups of people who are more likely to experience severe and enduring loneliness. It calls for action to address practical, structural and psychological barriers to connection to reduce the burden of loneliness.
Supporting people who provide unpaid care for adults with health or social care needs
Social Care Institute for Excellence
27 Apr 2022
This brief guide, aimed at social care practitioners, highlights some of the ways support can be provided to carers. These include offering training and advice, support to remain in work, training or education, and regular breaks. Free registration is required to access this guide.

Contact us
State of Ageing 2022
Back to top Top
Close
The State of Ageing 2022
Summary
Context
Work
1. Employment and economic activity: Trends and regional patterns
2. Worklessness
3. In the workplace
4. Finances: Pensions and wages
Housing
1. Patterns of tenure
2. Financial pressures
3. The standard of our homes
4. Accessibility and adaptations
Health
1. How much of our lives do we spend in ill-health?
2. The state of our health
3. Behavioural risk factors for disease and disability
Communities
1. Community connection
2. Volunteering and helping out
3. Digital connections
4. Social and physical infrastructure